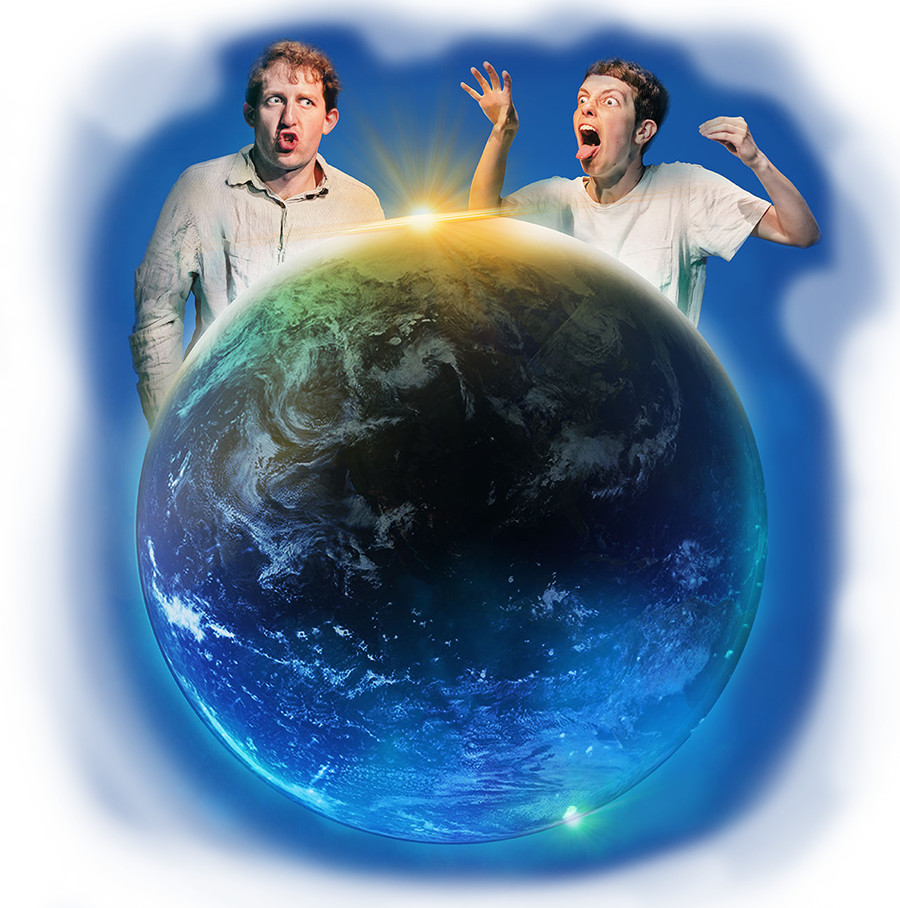 The magic of David Attenborough live!

A blue whale swims through the depths. Racer snakes pursue an iguana across the desert. Two hapless fools recreate wonderful scenes of the natural world.

Catch this award-winning, five star show for an epic hour of clowning, physical theatre and the largest range of animals you will ever see on stage!

Clownfish recently played their second Adelaide Fringe with an updated version of their hit show, following a sell-out Edinburgh Fringe season and world tour in 2019.

"A beautiful deliverance of theatrical comedy."
All About Entertainment

"Never lets up in its comedy... excellent entertainment."
Glam Adelaide

"Memorable moments from Sir David Attenborough's wildlife documentaries spring to life on stage in the most surprising and delightful way."
Adelaide Advertiser 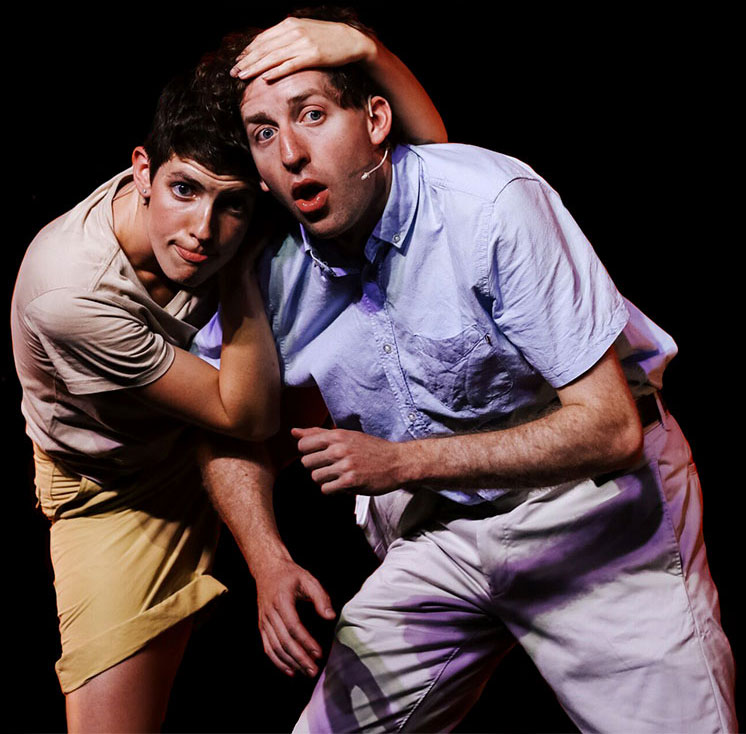 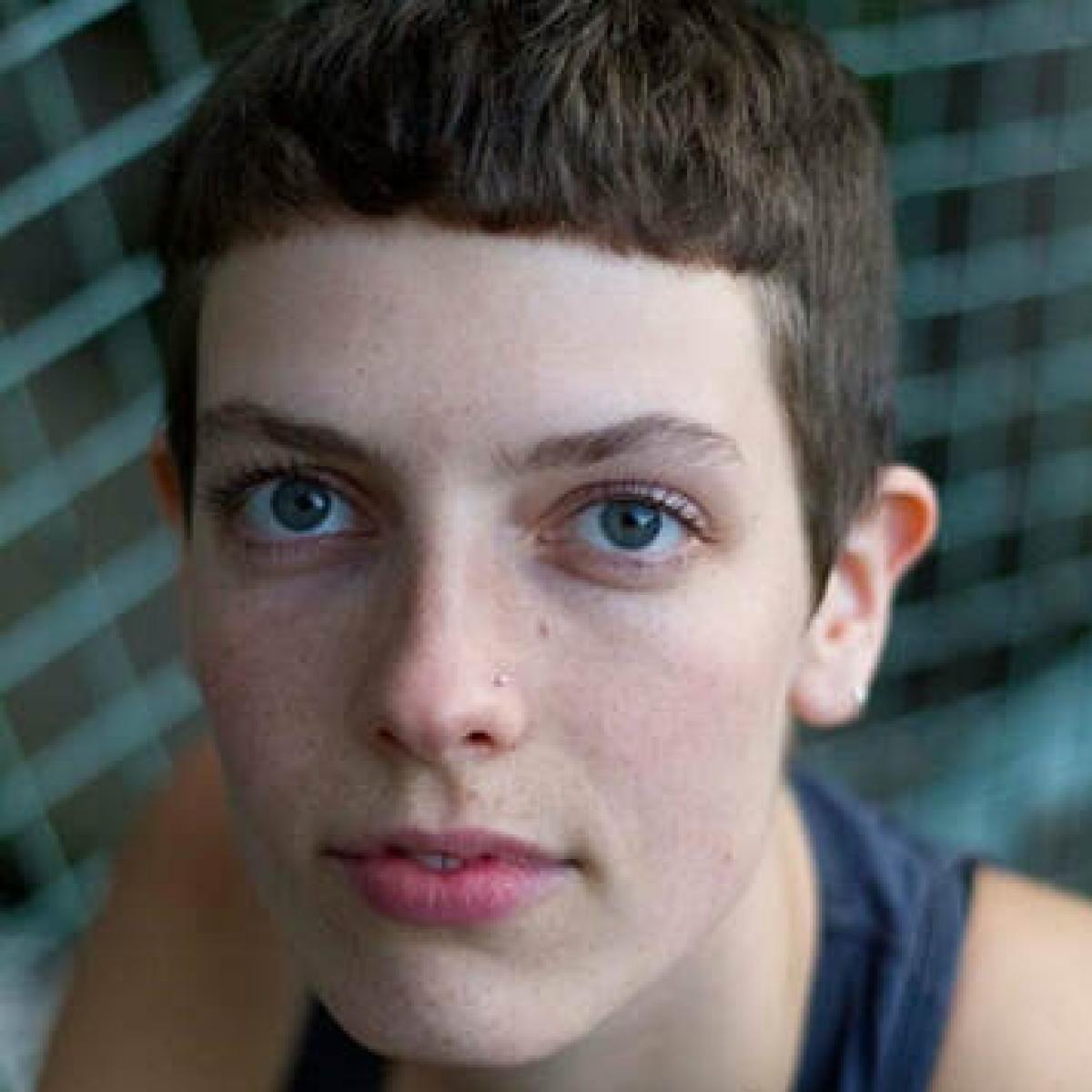 ​​Jess Clough-MacRae is a performer, director, and movement director. She studied at the University of East Anglia, the Bristol Old Vic Made in Bristol Programme and the École Internationale de Théâtre Jacques Lecoq.

She is a member of award-winning Cut Mustard Theatre and was touring with their show 2100: A Space Novelty, and with The Anarchist’s Mobile Library by Tessa Bide Production before the pandemic. 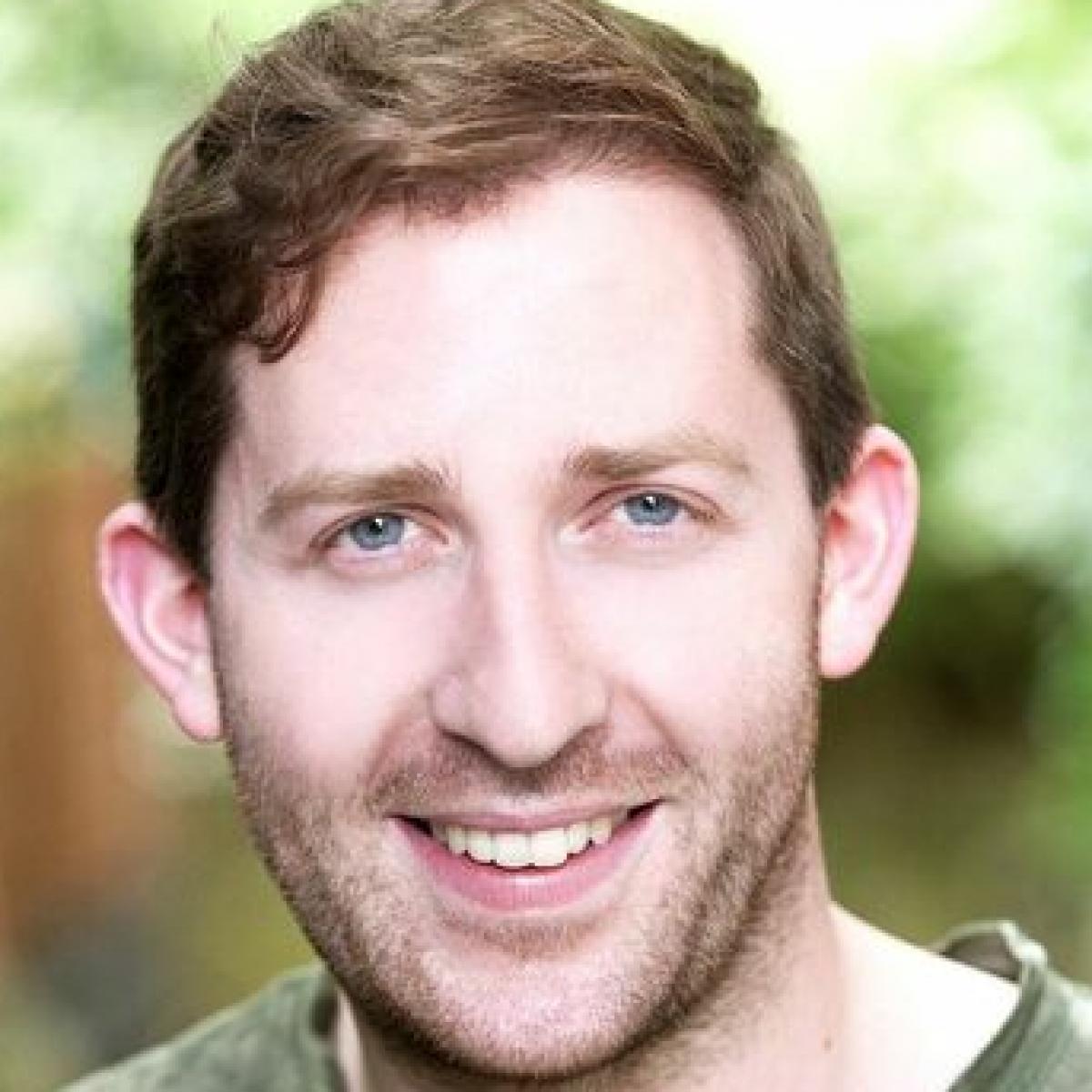 Jonathan studied at Oxford University and the École Internationale de Théâtre Jacques Lecoq. He works as an actor, director and writer in theatre, radio and short films.

He is a member of The Latebloomers physical comedy troupe and created and regularly performs in their award-winning shows Scotland! and The Bakers. He is the co-creator and performer of family show Strictly Come Barking, which will premiere at Edinburgh 2022, and is part of comedy sketch duo Jon & Ollie.

Other roles have included Mr. Darcy in Pride and Prejudice (Putney Open-Air Theatre); and George III in The Madness of George III (Oxford Playhouse).

He is an experienced theatre teacher and facilitator and has led workshops for the Actors Door Studio, Fourth Monkey Actor Training and the Bristol Old Vic Young Company.

Attenborough and his animals - tour dates 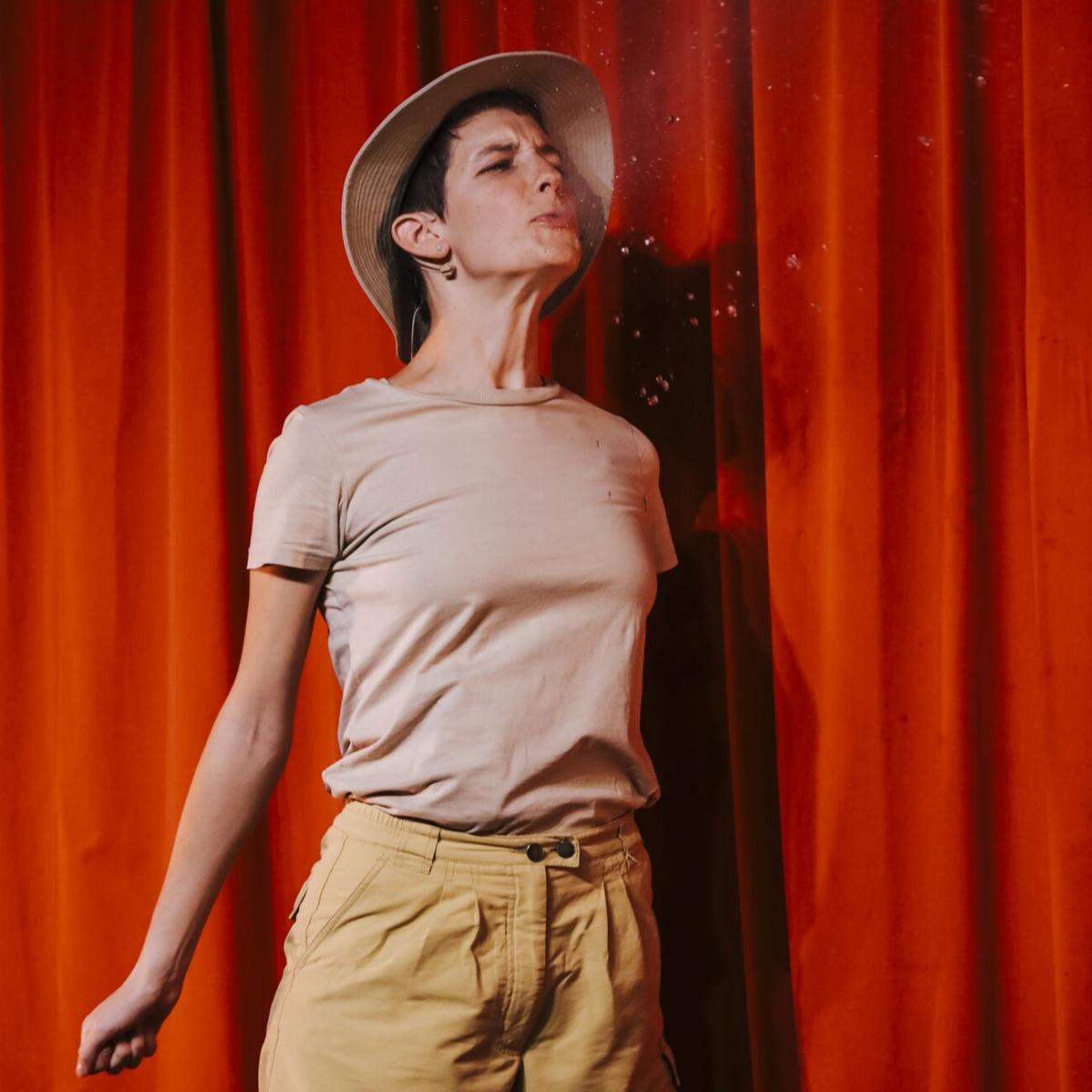 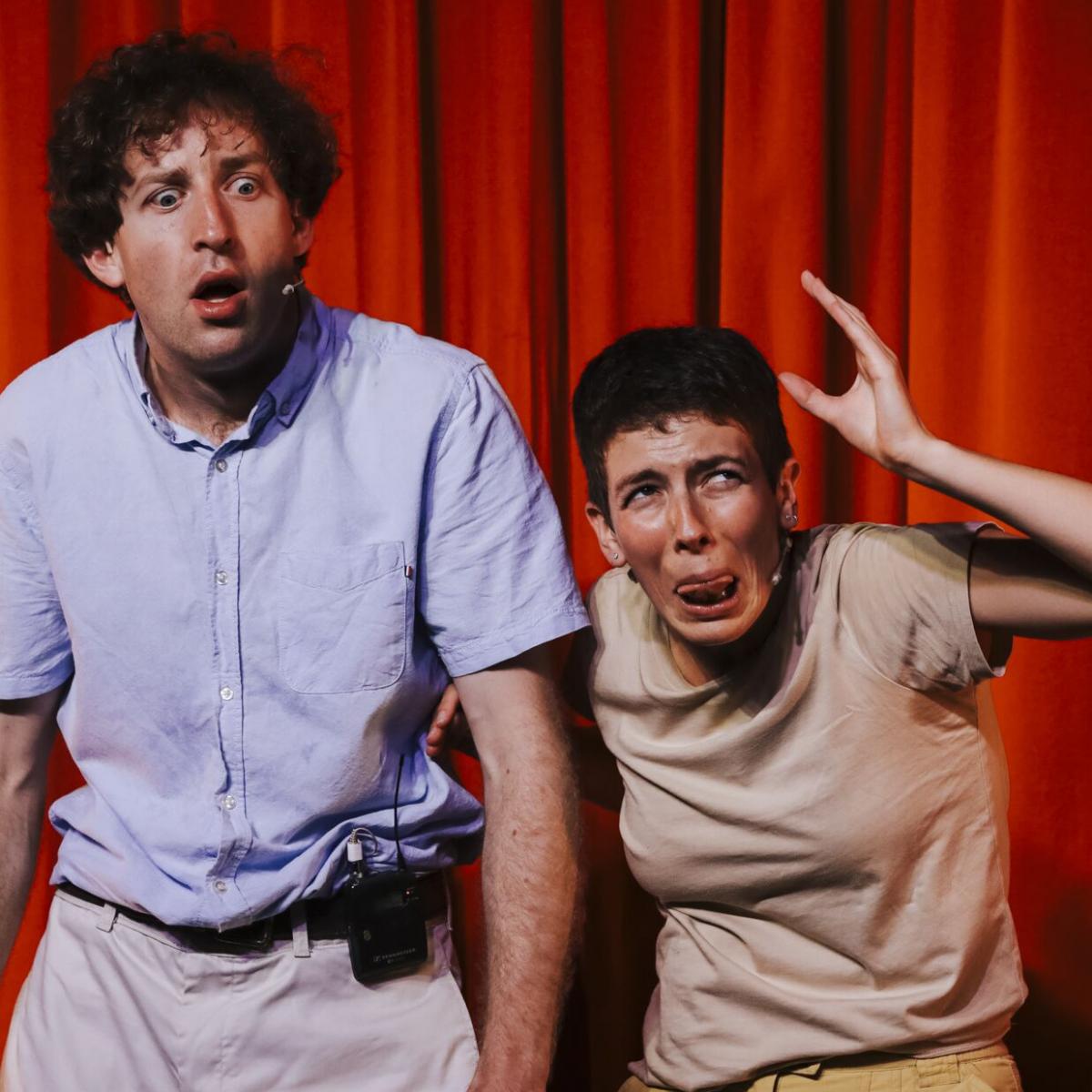 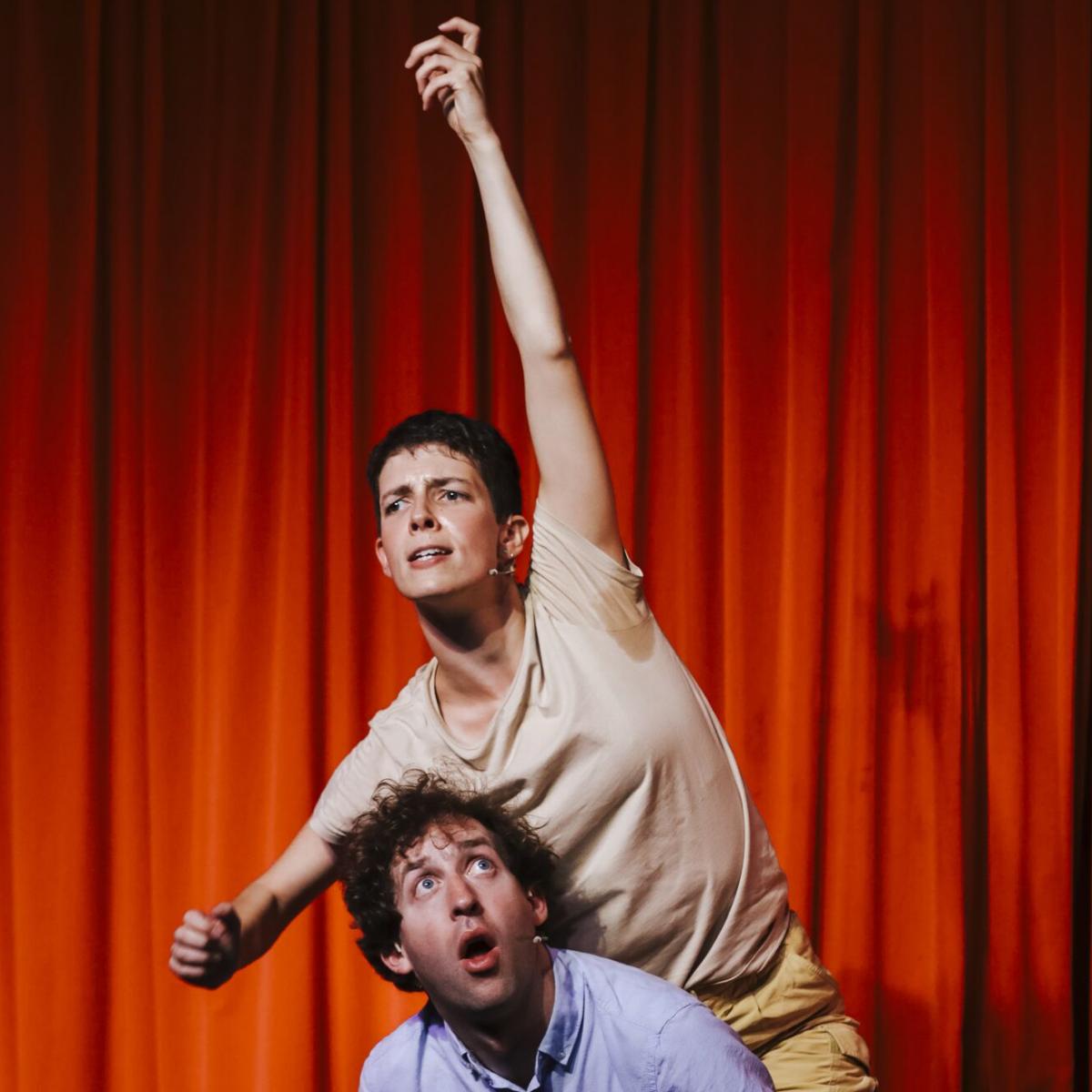 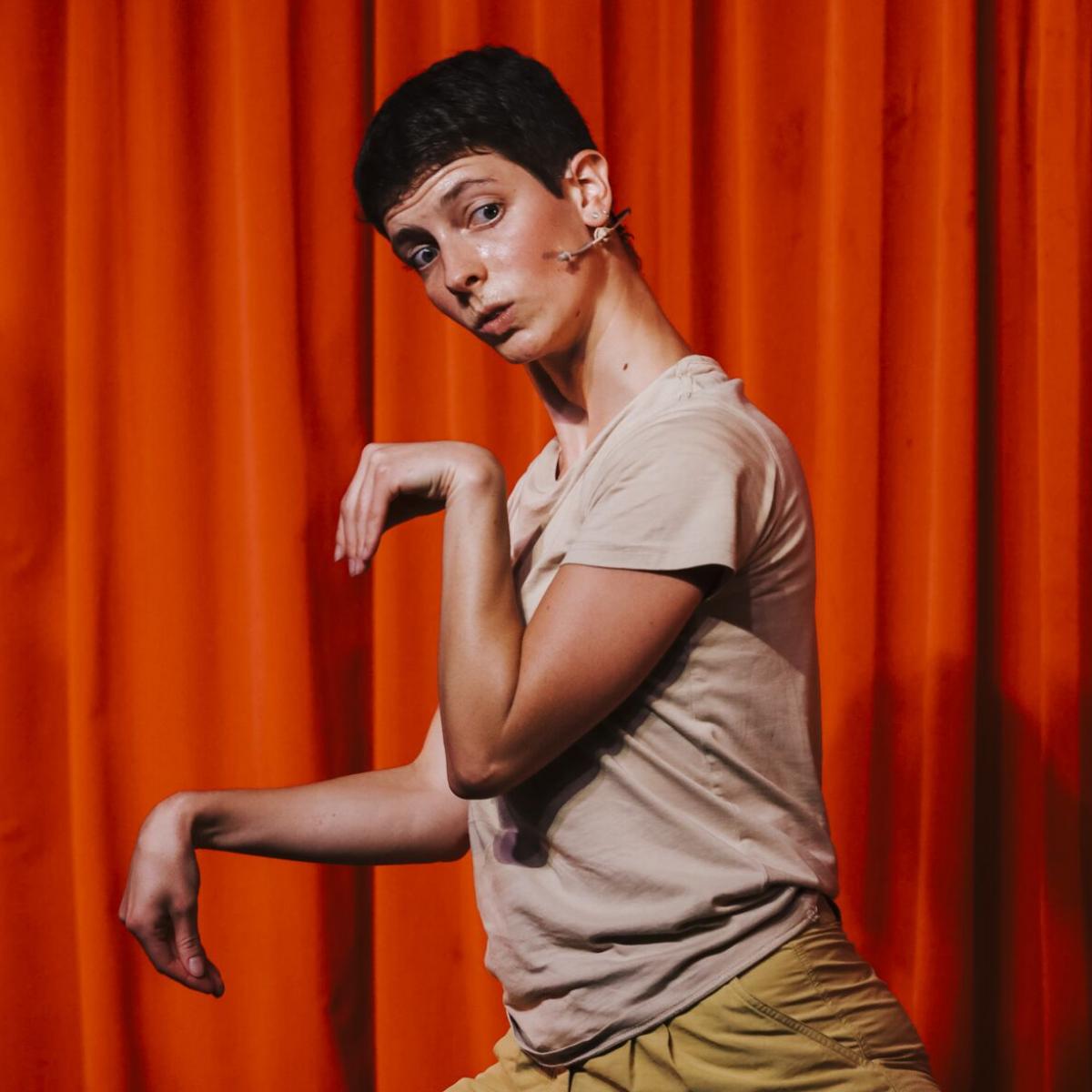 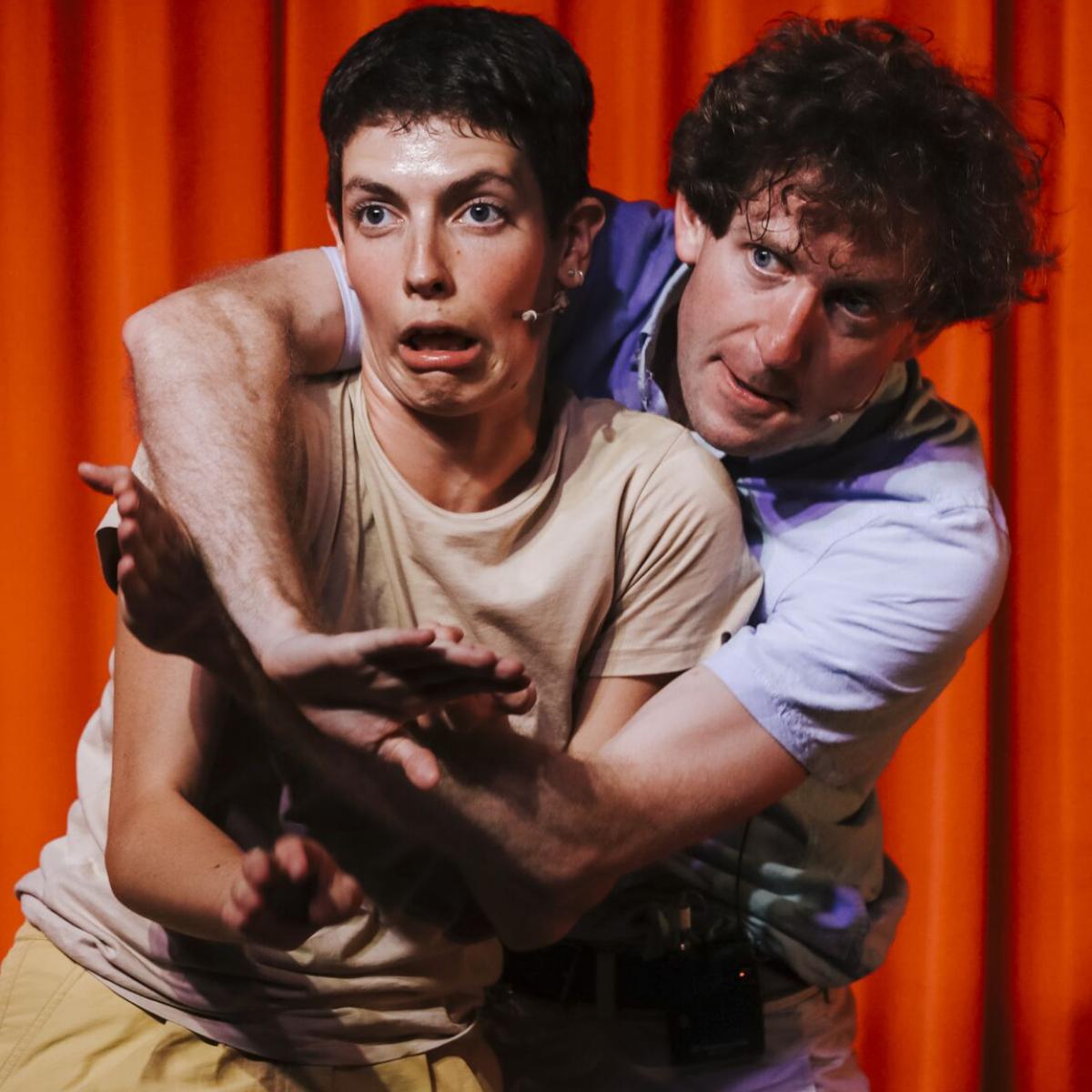 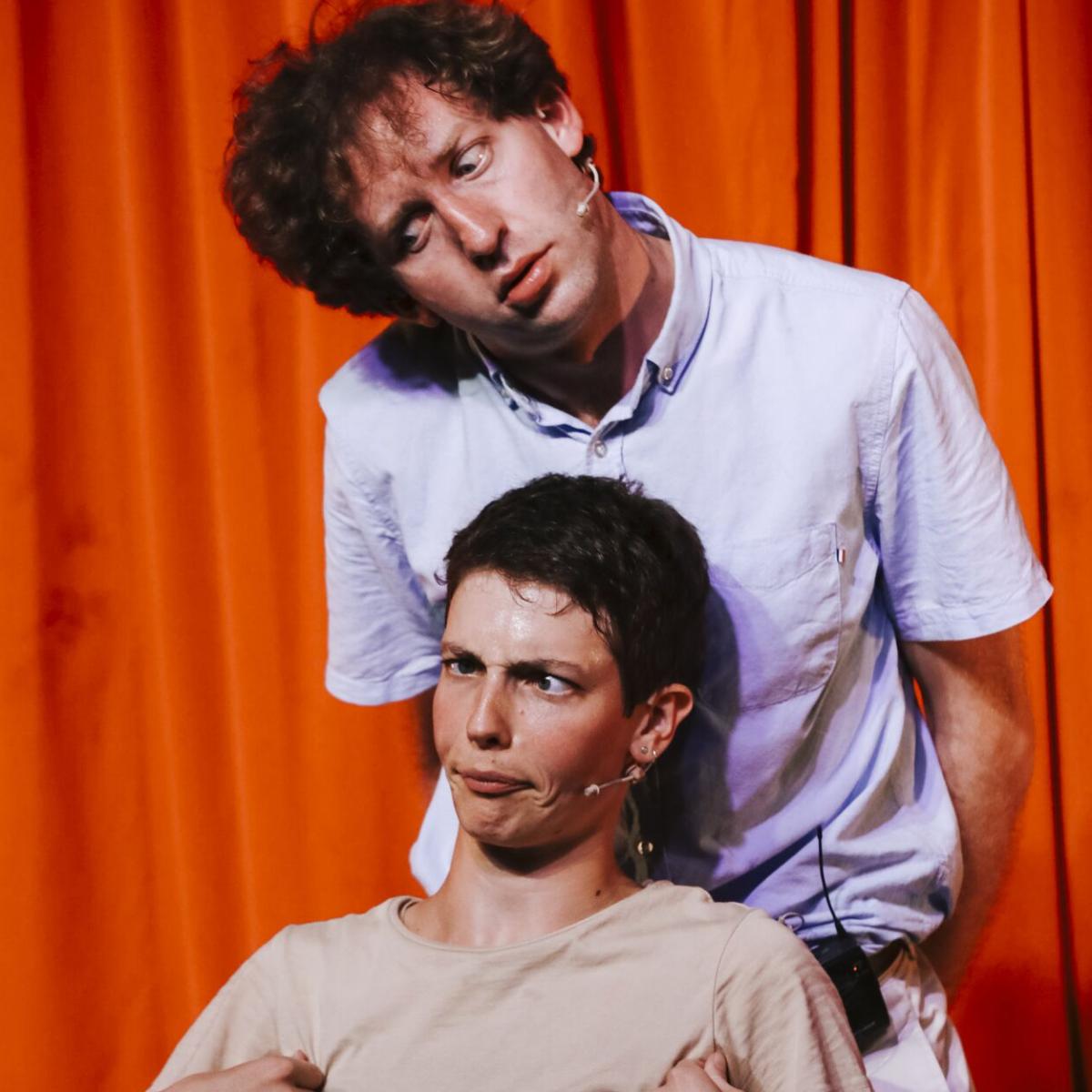 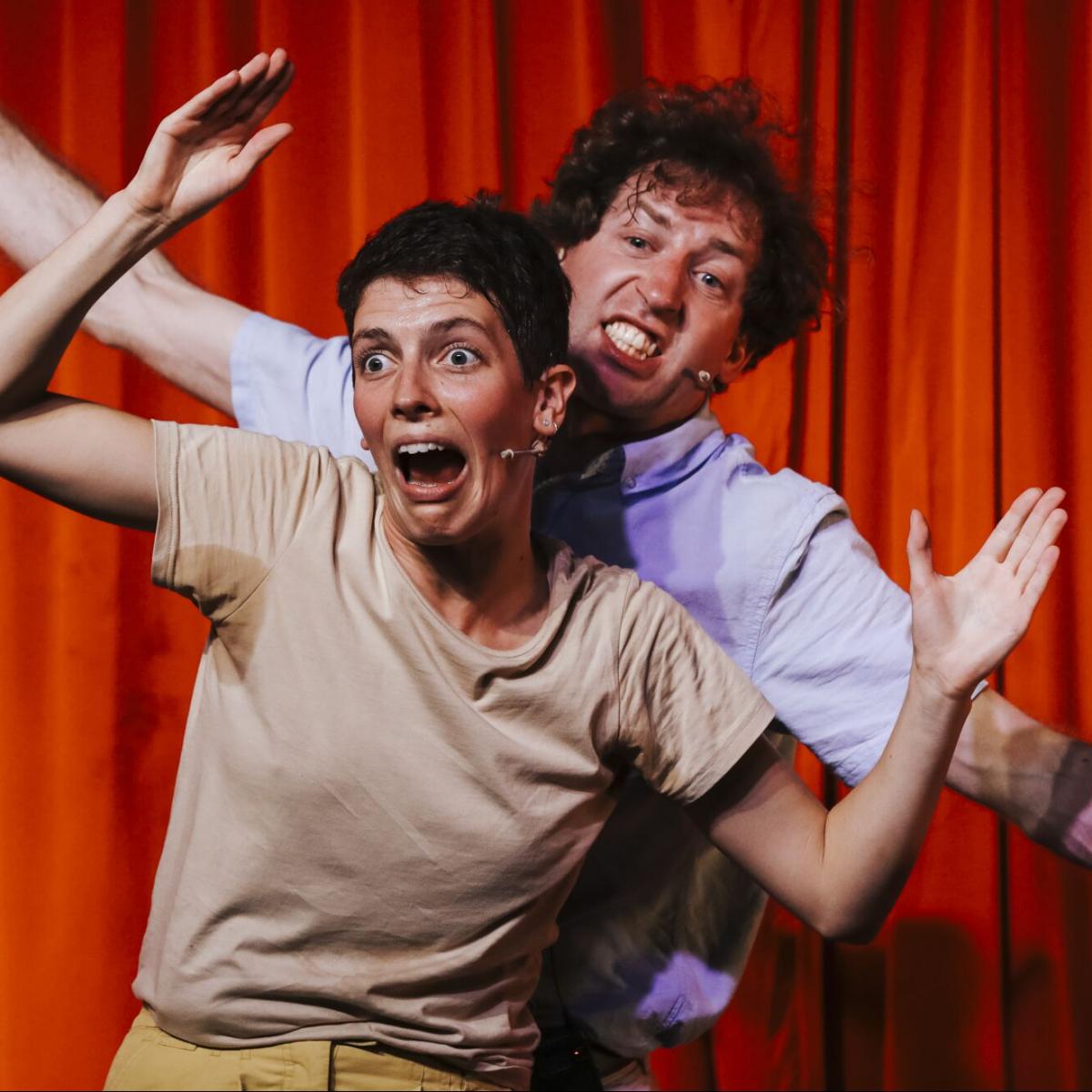 "A beautiful deliverance of theatrical comedy."
All About Entertainment

"Never lets up in its comedy... excellent entertainment."
Glam Adelaide

"Memorable moments from Sir David Attenborough's wildlife documentaries spring to life on stage in the most surprising and delightful way."
Adelaide Advertiser

"Using only their physicality, facial expressions and vocal ability, they transport the audience around the world creating one hilarious moment after another."
Edinburgh Festivals Magazine.

"The blue whale, squid, jellyfish, manta ray, crab, moray eel, Komodo dragon, an octopus, a kookaburra and a gorilla are all brought to life with the dazzling duo from Clownfish Theatre."
Adelaide Advertiser